Message from the Vice Chancellor

Welcome to the University of Dhaka’s website, featuring the oldest, largest and the premier multidisciplinary university of Bangladesh!

Founded in 1921, The University of Dhaka has always had the mission of uplifting the educational standards of the people of the region. It was initially meant to provide tertiary education to people who didn’t have access to higher studies till then. Subsequently, it has contributed significantly to the socio-cultural and political development of what was once East Bengal and then East Pakistan, and is now Bangladesh.

Since its establishment, the university has been fulfilling the hopes and aspirations of its students and their parents. It has, of course, not only been a lighthouse of learning, but has also acted as a torch-bearer of the people of the region in issues such as democracy, freedom of expression, and the need for a just and equitable society. It has always been associated with high quality education and research in which students as well as faculty members and alumni have played their parts. The University of Dhaka’s role has expanded beyond its classrooms and research labs during different crises the country has had to face since 1947. In many ways, thus, the university is unique, for it has played a major role in the creation of the independent nation-state of Bangladesh in 1971.

Writing at this time, I am proud to note that the University of Dhaka has not only fulfilled but also exceeded the aspirations of those who set it up. It has been acclaimed as the best educational institution of the region, and one of the leading universities of the subcontinent. It is an incubator of ideas and has nurtured renowned scientists and academicians, great leaders, administrative and business officials, and entrepreneurs. Its proud alumni include the Father of the Nation Bangabandhu Sheikh Mujibur Rahman, and the incumbent Prime Minister, Sheikh Hasina, his august daughter. Most of the country’s presidents, prime ministers, policymakers, politicians and CEOs of leading organizations, researchers and activists have been products of this institution.

The University of Dhaka’s doors are open for people from all classes, religions and parts of the country, and, indeed, also for international students. Its campus, too, regularly hosts different national and international events and festivals where people from every corner can and do participate. It is a hub, for breeding and nourishing liberal, secular and humanistics values.

At the time when our country is dreaming to become a developed nation by 2041 and has made a firm commitment to achieve the Sustainable Development Goals (SDGs) by 2030, and in an age when we are witnessing the emergence of spirited youths all set to participate in the Fourth Industrial Revolution (4IR), I can affirm that the University of Dhaka is well prepared to meet all future challenges and is ready to lead the nation once again with its acquired experience, available resources, dedicated administrators, experienced faculty members and talented students and employees.

Having been associated with the university for almost 40 years, first as a student, then as a faculty member, and later in various administrative capacities, it is a great honor and proud privilege for me to be here to not only witness but also to contribute to its centenary celebrations from where I am. Let me emphasize too that it is the singular privilege of all of us at the University of Dhaka to be celebrating its centenary in the year that Bangladesh is celebrating its golden jubilee of independence.

I would like to request you all to explore the legacy, beauty, and history of this great institution of national, regional and international importance through this website. I hope it will be of use to you as you venture into the knowledge network of the university and acquaint yourself with its history, achievements, centers of learning, residential facilities and other attributes. My office staff and I will be more than happy to listen to you in case you want to visit us in person at a mutually convenient time.

Dr. Md. Akhtaruzzaman, the 2nd son of Mrs. Eron Banu & Mr. Abul Hashem Khan (the freedom fighters of Bangladesh in 1971), was born in Kalipur of Patharghata in Barguna. He earned Doctor of Philosophy (Ph.D.) in History from the prestigious Aligarh Muslim University in 1997. He was a Fulbright Scholar at the Boston College, United States of America (USA) where he researched “Religions in American Public Life”. As a British Council Scholar at the Center for Christian Muslim Relations, Department of Theology and Religion, University of Birmingham, England, Dr. Akhtaruzzaman studied “Muslim Communities in United Kingdom”. Dr. Akhtaruzzaman has a post-graduate diploma in Persian language, and completed Bachelor of Arts (honours) and Master of Arts (M.A.) in Islamic History & Culture (IHC) from the University of Dhaka, securing first position in both the academic programs.

Since 1990, he has provided leadership in different academic, administrative and co-curricular development activities at the University and National level, including:

Dr. Akhtaruzzaman led the National Committee for Textbook Crisis Resolution formed by the Government of Bangladesh in 2009 as convener. This committee recommended for free distribution of textbooks for students up to class ten (10), and suggested reforms in printing and supplying textbooks. As a member of the National Curriculum Co-ordination Committee (NCCC), Professor Aktaruzzaman made significant contributions in advancing quality education in Bangladesh especially in the curriculum development and moderation of the school textbooks.

Professor Akhtaruzaman took active role in forming public opinion against the military-backed government in 2007-2008 specially when the state of emergency was imposed; teachers from the Universities were arrested; and when students were assaulted at the Dhaka University playground. He was also active in protesting military regime in his student life in 1980s. 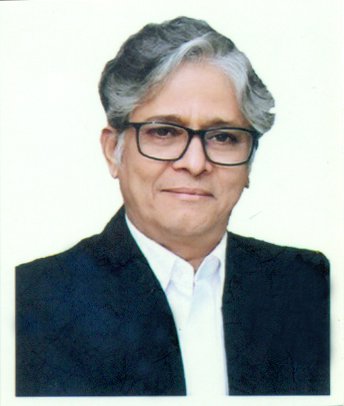 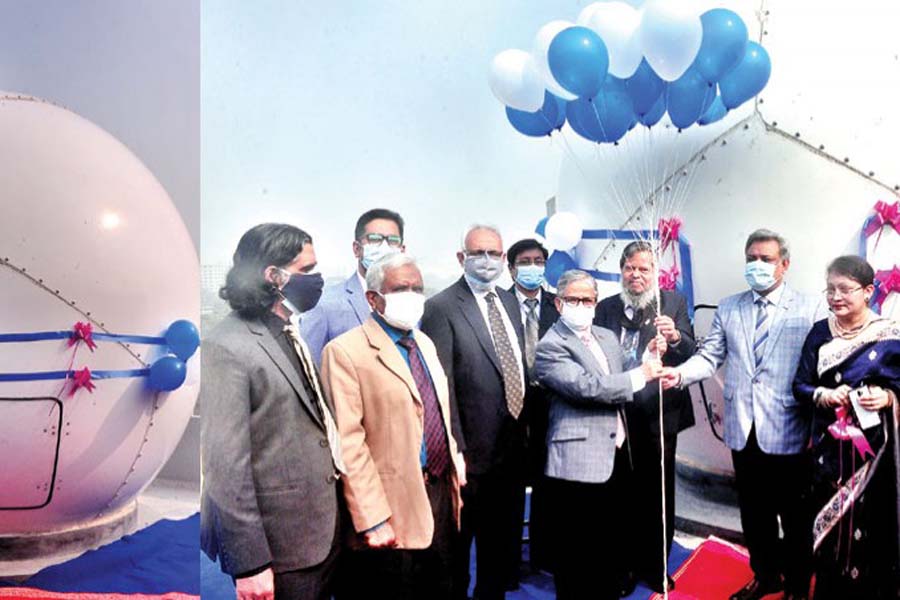 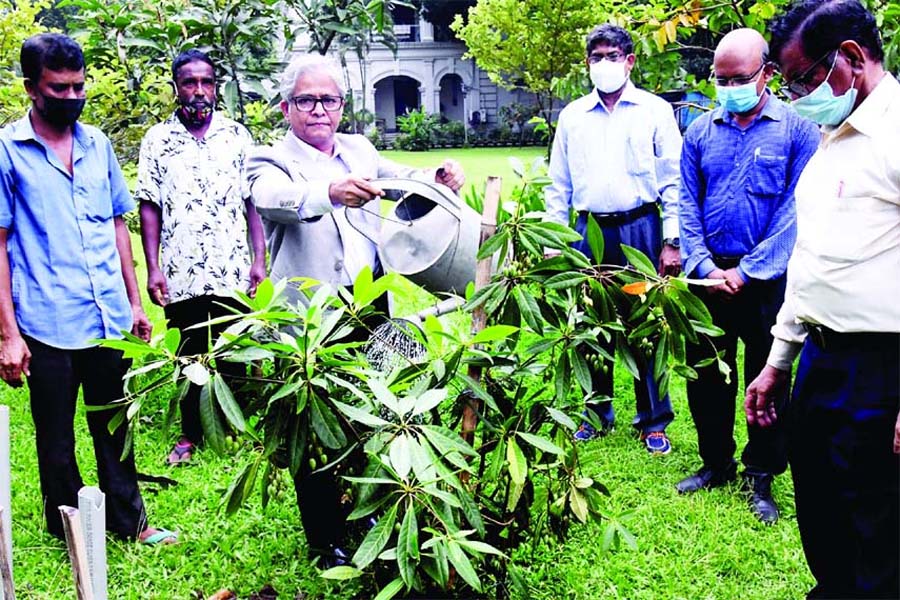 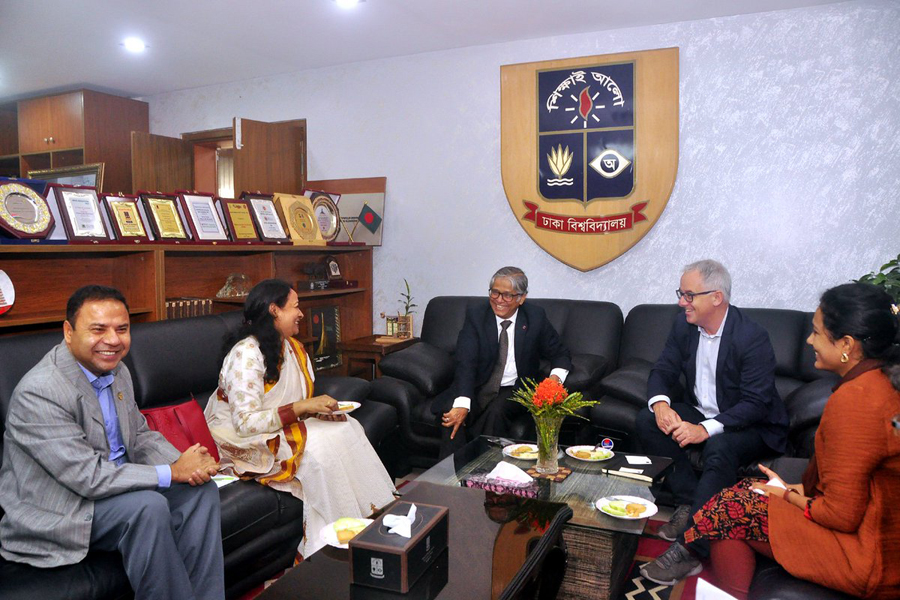 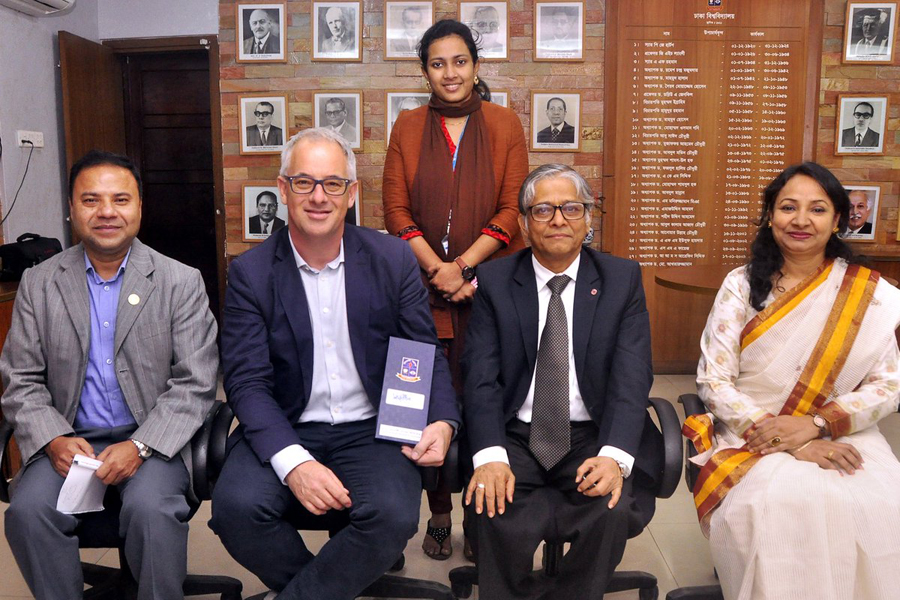 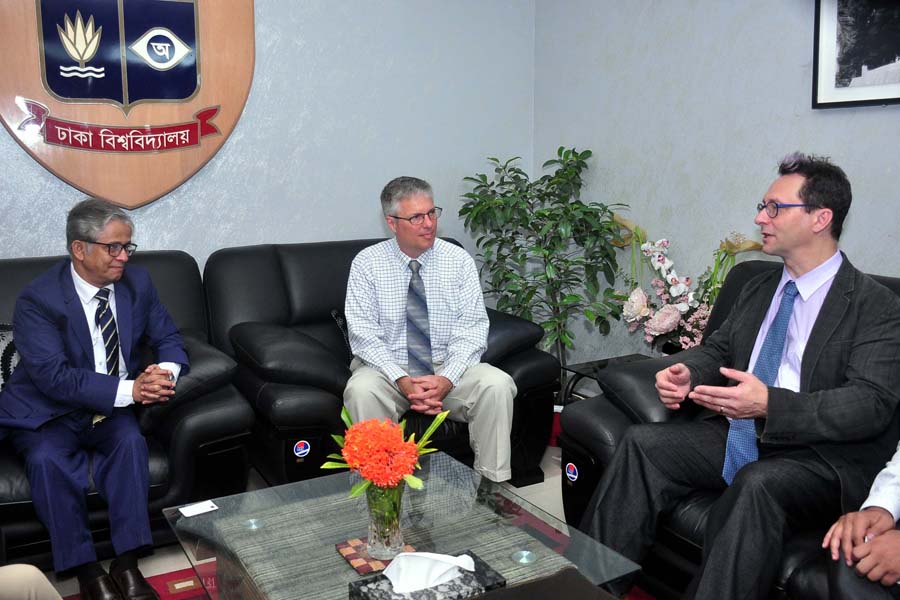 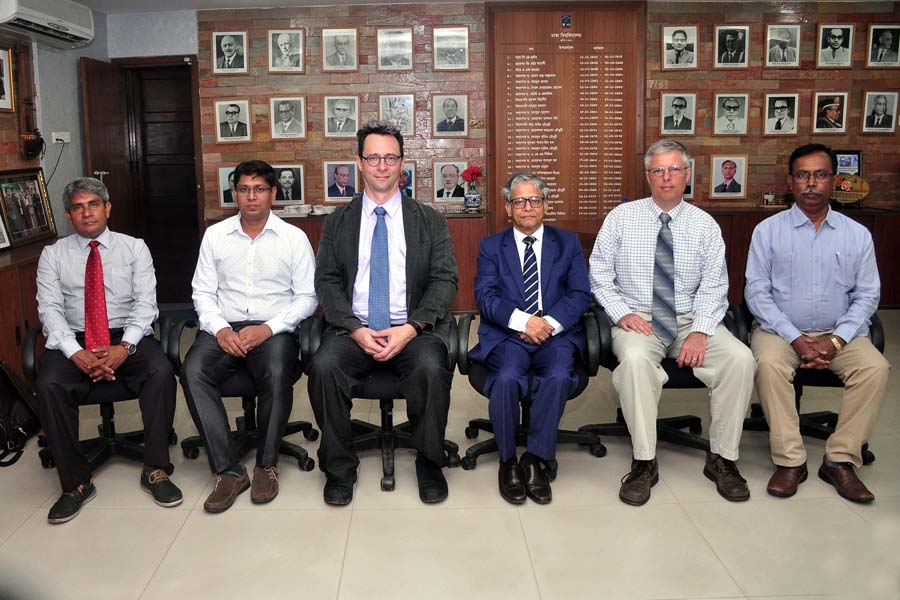 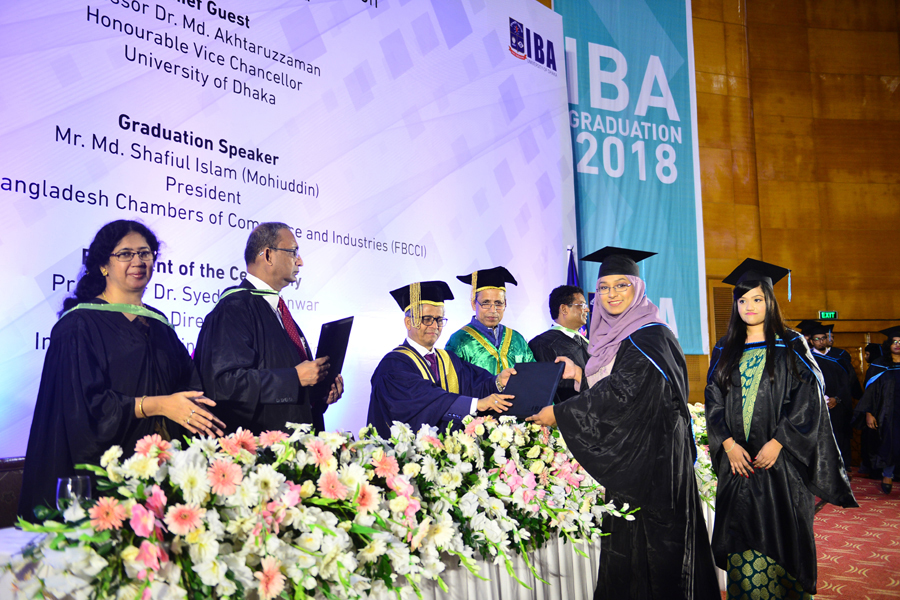 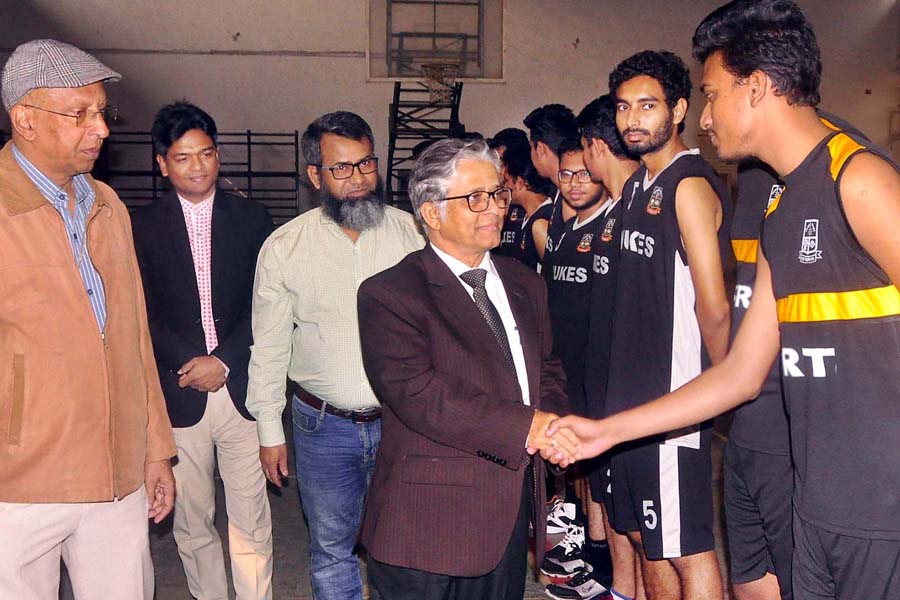 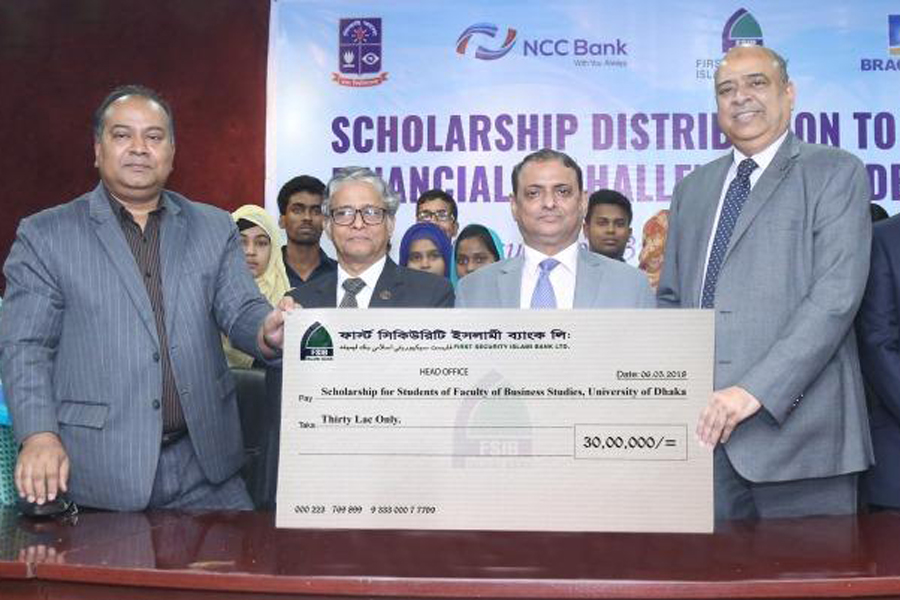